Big boy just keeps getting bigger! I've been buying clothes for warmer weather in size 24 month and 2T!! What happened to my tiny little boy! I was not ready for the "t" sizes yet! I think the hardest part of being a mom so far has been watching the days fly by. Each stage of babyhood is so fleeting, it's almost unfair! 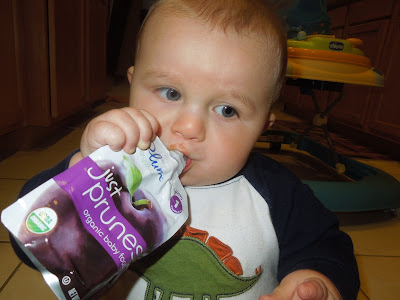 Momma has been tired this month. Work has been difficult and little man hasn't been sleeping well. I sure am missing those good ol' days when Landon was smaller and was such a good sleeper! But I also know that these days won't last forever and some day I will wishing I could get them back, so I try not to dwell on the exhaustion. 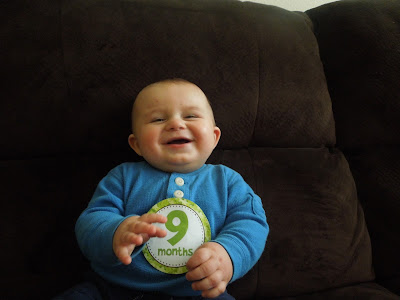 Landon is still trying so hard to crawl but can't quite get both of his legs to work together. He sure does figure out how to move though! He scoots, rolls, and twists to get where he wants to go...and he never stops moving! He's really working at pulling himself up too. He pulls up onto his knees now, but can't quite get his feet underneath himself to stand up. 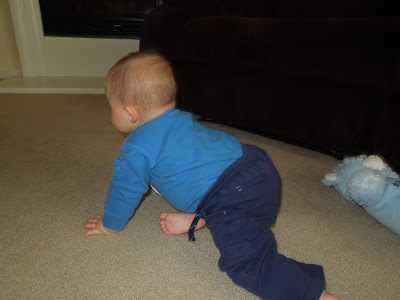 He got to experience grass for the first time during a trip to the park. The weather has been so great lately that we have been trying to take him to park as often as we can. He loves the swings, sitting in the grass, and watching the people. 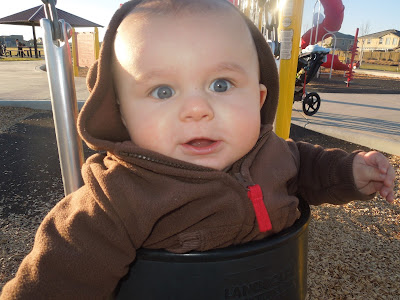 He seems to be falling more and more in love with dogs too. He just loves them! He laughs at most anything they do - even when he is getting whacked in the face by a tail! It is adorable and makes me feel glad that we have them :) 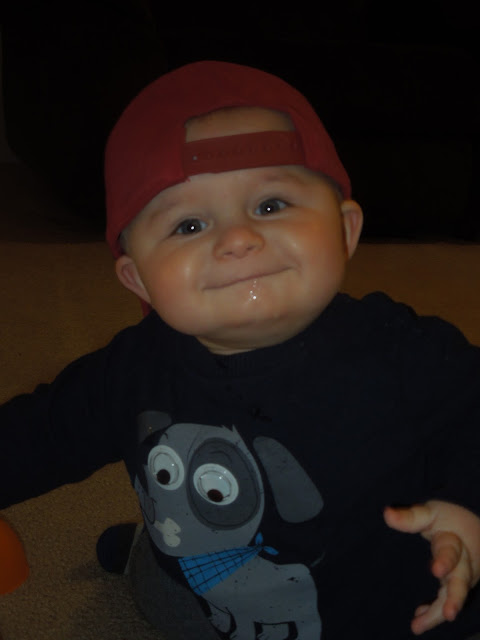 The biggest thing to happen this month is that Landon has finally cut a tooth! His first tooth on the bottom made its way through the gums and the very top edge is visible. (The top of the second tooth is through now too, but that happened technically in the next month ;) ) Landon is quite the little trooper too - we didn't even know he was teething! 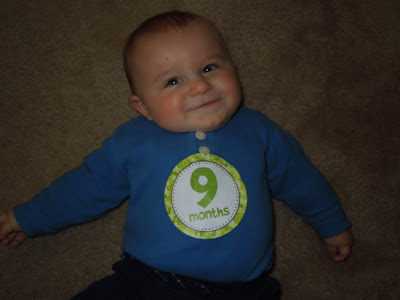