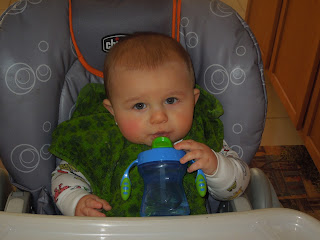 This month Landon has continued to explore new foods and so far seems to like everything he has tried. He still isn't all that excited about solids in general, he eats about 2 baby food cubes each time we feed solids (once or twice a day). Still no teeth or any signs of teeth, but Mama is a-ok with that ;-P He loves his sippy cup and has mastered the use of one (including banging it on his high chair and throwing it on the floor!) 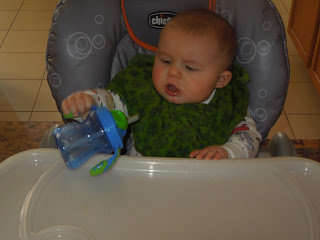 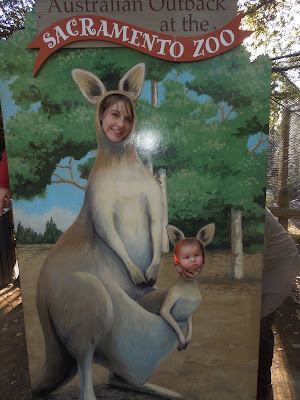 In January was Landon's first trip to the zoo! Mommy took him with his Grandma and Grandpa Bush and we all had a blast! Landon's favorite animal was the snow leopard. It was so cute that Mommy couldn't resist buying him a stuffed one before we left :) 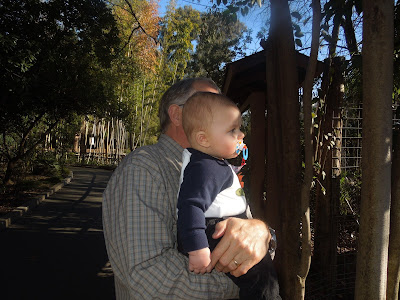 This boy wants to crawl so bad! He is really trying, but the poor little chunk has so much weight to move that it is really hard! He is getting stronger every day though. 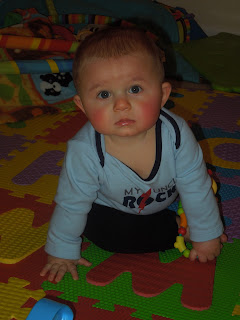 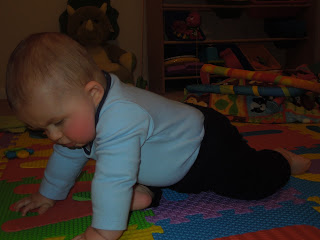 If we stand him up on a toy he can hang on and stand there by himself now. He hasn't tried pulling up on toys yet, but if we hold his hands up just a little he will pull himself up to a stand. 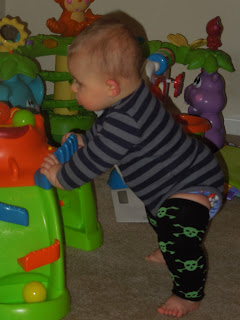 He still adores Daddy's guitar and just loves hanging out with him when he plays. Landon usually tries to get in on the action too and play some tunes himself! 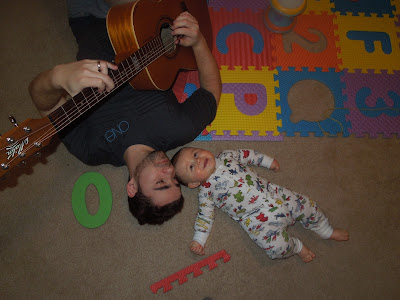 He has a new "face" - we call it the old man face. It makes me laugh every time! 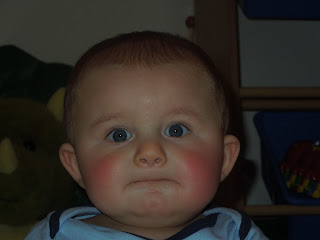 By far the cutest new thing this month, though, is that he has started lifting his arms to be picked up! It is so stinkin adorable and just melts my heart! <3 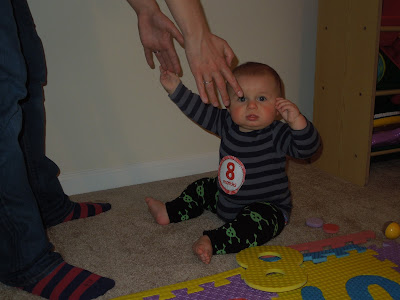 Another amazing month with my little guy comes to an end... Where does time go?! Before we know it he is going to be on the move an terrorizing the house. Matt and I really need to get on the baby proofing! :)