3 Months and a nickname has surfaced!

This past Thursday the little man turned 3 months old! He is  SO big. What a  big month it has been. During the last month he has changed a lot and is doing so much more now. He is weighing in at around 16lbs now! He has discovered his hands and they are now almost perpetually in his mouth. The drool is flowing like crazy and the hands in the mouth doesn't help any! 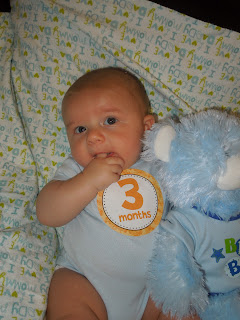 As of the last few days he has been staring at his feet as if he is trying to figure out how to get them too - so we may be discovering our feet in the coming month. He smiles ALL the time now and even has a little giggle :) He began to notice toys this month too. At first only light up toys or mobiles - but now he notices and enjoys most toys (as long as someone is holding it up for him). He will sometime giggle at the toys hanging from his car seat. No grabbing toys yet though! He is just starting to rub his eyes with his fists when he is tired - suuuuuper cute! He loves to stand up all the time now too. 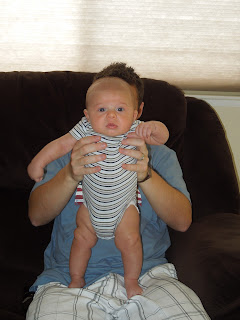 We took him to the park for the first time this month. Yeah - he is too little to enjoy the park - but Mommy and Daddy had a good time! 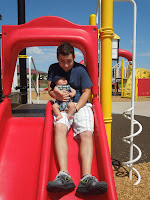 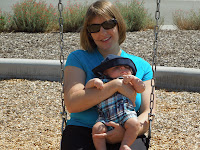 Landon's biggest and best accomplishment of the month, however, has been sleeping through (or almost through) the night! Bed time has gotten pretty consistent around 9:00pm and he will sleep until somewhere between 6:00 and 7:00 with an occasional feed around 4:00am and will rarely wake during the night (a quick pacifier replacement usually gets him right back to sleep). I credit the HALO swaddle sleep sack and the Sleep Sheep with this sleep accomplishment!

Also this month it seems that Mommy and Daddy have finally landed  on a nick name for Landon! Before he was born it bothered me that I couldn't think of a nickname I liked for Landon - everyone said "Lando" but for some reason I didn't like that. My family lovingly calls him "Landy" and I have all kinds of crazy nicknames for him (booger, booger butt, baby bear, peanut, bug...the list could go on forever) - but  nothing was consistent until one day Daddy called him "Lan Man". It stuck. "Lan Man" is now Landon's special name that Mommy and Daddy both call him :) 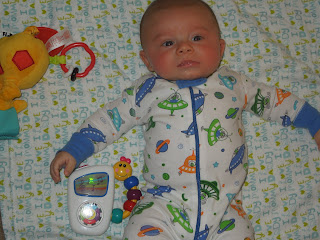 Time continues to fly by! I am shocked when I compare his newborn photos with current pictures of him. Babies are seriously amazing. It is so much fun watching him grow and learn - it seems to get more and more fun as time goes by too! I love my little man! 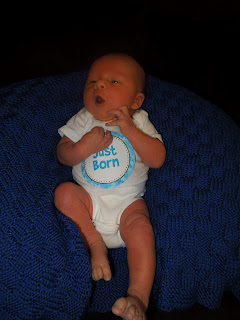 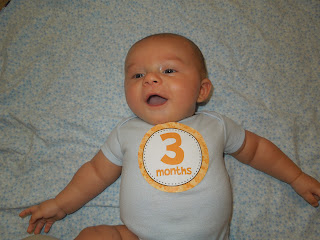